An Urban Elopement in Fayetteville, Arkansas

As an Arkansas elopement photographer, I’m obsessed with almost every kind of elopement that’s out there! That includes urban elopements. Urban elopements offer something unique and different from a traditional courthouse or adventure elopement. I love the beauty within architecture and lines, and there’s ton of that to be had in Downtown Fayetteville!

K + E eloped earlier in the year but we met back up to take some gorgeous sunset photos around downtown Fayetteville! E brought his film camera and also took some photos of K while we explored the area. It was such a fun and laidback elopement shoot! I even captured some film of my own as well.

Shooting on film is so fun, and it adds a timeless and even vintage twist to your gallery. I shoot on 35mm film and offer it to all of my wedding and elopement couples. Not every elopement photographer offers film, so I feel lucky to have the opportunity to shoot on and process my very own film scans! 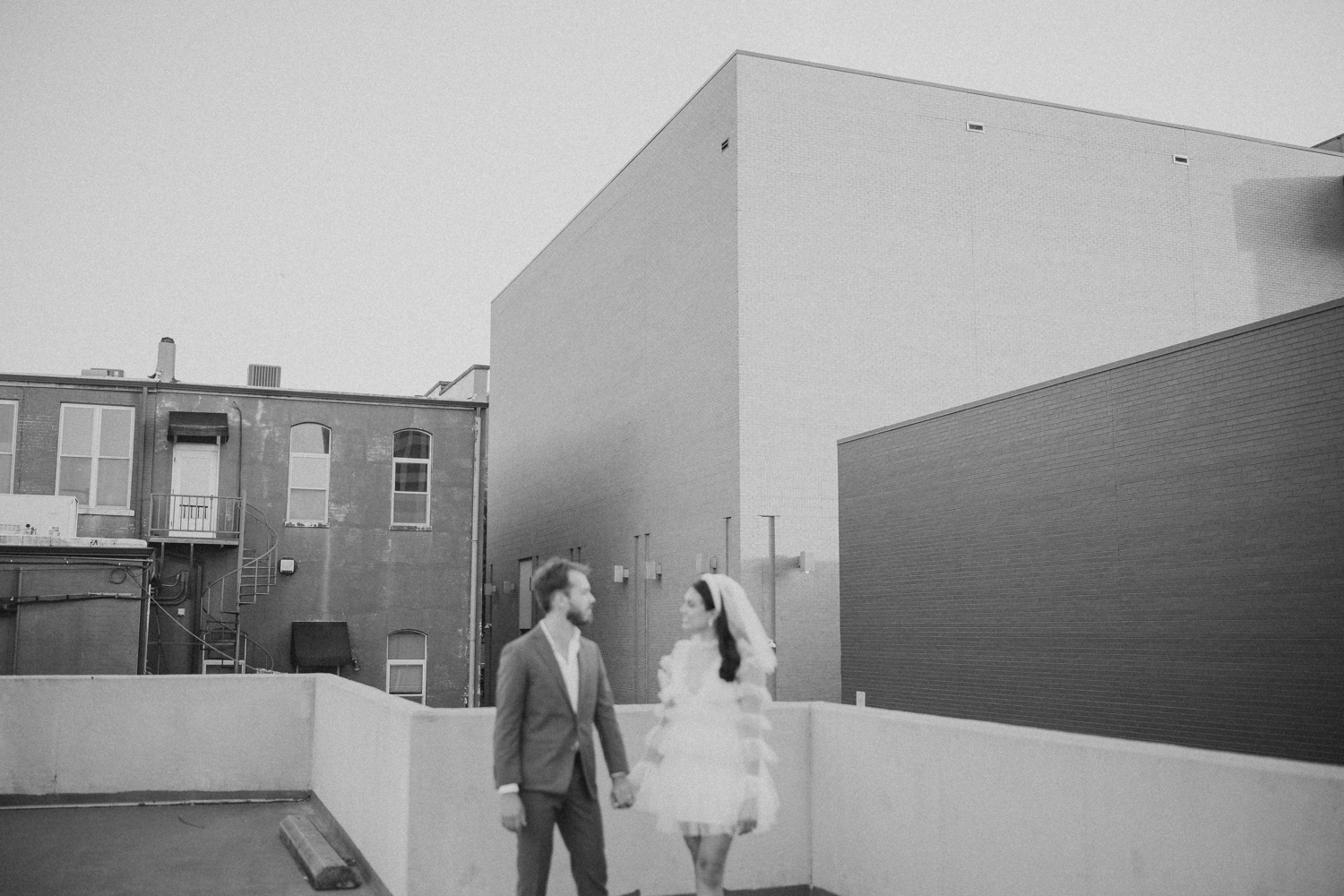